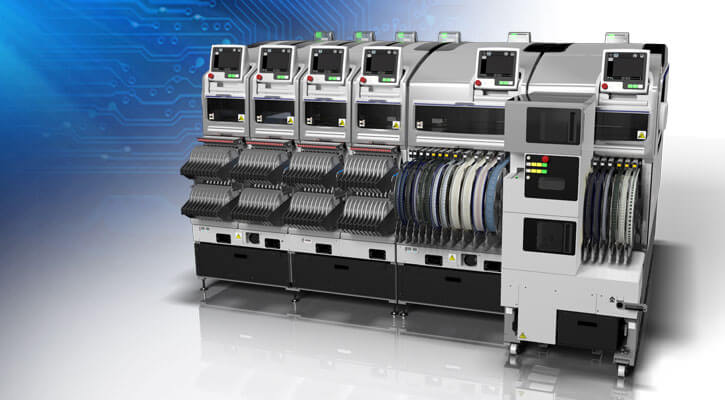 0201 mm Part Support, +/- 0.025 mm Placing Accuracy
As well as supporting the smallest parts currently being used in mass production (0402 mm, 01005"), the NXT III can also handle the next generation of components heading for the market - 0201 mm parts.
By improving machine rigidity and further refining its independent servo control and vision recognition technology, Fuji has achieved a placing accuracy for small chip parts of +/- 0.025 mm* (3sigma, Cpk≥1.00).
* Under conditions at Fuji.
Improved Usability
The GUI of the original NXT was widely praised for making use of intuitive and easy-to-understand pictograms instead of relying on language-based instructions.
This interface is now combined with a touchscreen panel to make operation even easier. This reduces the number of button pushes required and makes selecting commands easier, as well as improving quality by reducing the chance of performing the wrong command.
High Compatibility
Many of the main units from the NXT II such as placing heads, nozzle stations, feeders, tray units, and feeder pallet exchange units can be used on the NXT III without any modifications.
SPECIFICATIONS 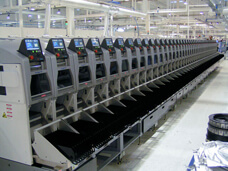 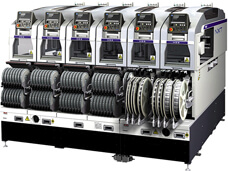 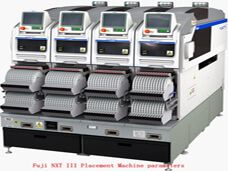 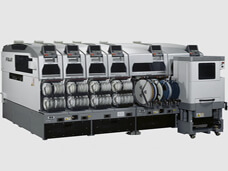